Twitter is one of the largest social media platforms that provide entertainment for its users. It connects people throughout the globe, and it makes sharing of contents and ideas more accessible. Twitter is used by celebrities, politicians, leaders, athletes and any known personalities around the world.

But because it is also evolving and has many perks that its users can freely enjoy, people are becoming more drawn to Twitter.

A Small Glimpse of History

Twitter is a famous American microblogging and social networking platform. This service allows its users to post and interact using “tweets”. Users who have undergone registration can freely publish and retweet tweets, but unregistered users can only read tweets.

Retweeting is the method of sharing a tweet posted by another user into your timeline. This method makes the information tweeted be shared quickly to a large number of users. According to Statista, Twitter has 187 million monetizable active users as of the third quarter of 2020.

Twitter was built by Jack Dorsey, Noah Glass, Biz Stone, and Evan Williams. It was created in March 2006 and launched in July of the same year.

The platform reached 100 million users by 2012, producing 340 million tweets per day. Twitter was dubbed as ‘the SMS of the Internet, and its service handled an average of 1.6 billion search queries per day. By 2013, Twitter was considered one of the most visited websites.

If you are a new user, this simple step-by-step process will help you create a post on Twitter and get exposure using your words. Tweeting is now made simple.

You can create your post in the compose box at the top of the home timeline.

You can save a draft on your Twitter by clicking the X icon on the compose box’s upper left corner. If you also want to schedule a tweet, you can click on the calendar icon at the bottom of the box and choose a schedule to post your tweet, then click Confirm.

If you want to make things even simpler, you can use keyboard shortcuts on your Twitter. 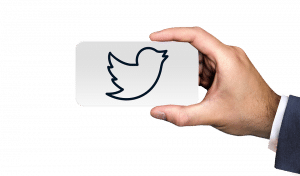 Twitter was listed in the “Top 10 Most Popular Websites” by the year 2013. No wonder why people flock to this platform.

If you want to know how helpful Twitter is, let me explain how it can help you. If you wanted to get ahead of the crowd, you could do this – join several lists. You will then be able to tell how many people follow you (from the list), and from there, you’ll know if they are interested in what you have to say.

This would allow you to start communicating with them and establish a relationship with them because, ultimately, they’ll want to hear what you have to say.

However, what is helpful about Twitter isn’t just to spread information to your friends, it’s also to inform others about something that you’re interested in. If you had something new to share with the world, wouldn’t you want everyone to know about it?

This way, you’d gain popularity, get linked back to your site and start earning trust from your target market.

Can we link Twitter to SEO? Of course, we can. Having one of the best possible social media platforms to share information with friends, co-workers, and fans is one of the most important things you can do for your business.

With over 160 million users currently following the business on Twitter, it is easy to see why getting in on the action is essential. If you are looking to optimize your Twitter and SEO efforts for the best results possible, there are a few specific things you should be focusing on if you want to get the most from the platform. 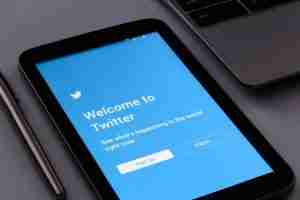 Using Twitter to promote and market your products can be a very effective and affordably marketing strategy for a small business. Twitter’s “retweet” feature allows you to quickly disseminate a favorite post from your company blog to your followers.

This makes Twitter an excellent tool for getting the word out about new blog posts and product announcements. In addition to promoting your tweets, you can also follow along as your followers’ tweet throughout the day. Twitter is a great way to interact with your customers and establish relationships that can lead to larger purchases or referrals.

What Do Entrepreneurs Do?

Google Speed Insights – What You Need to Know