What is an Image Editor? 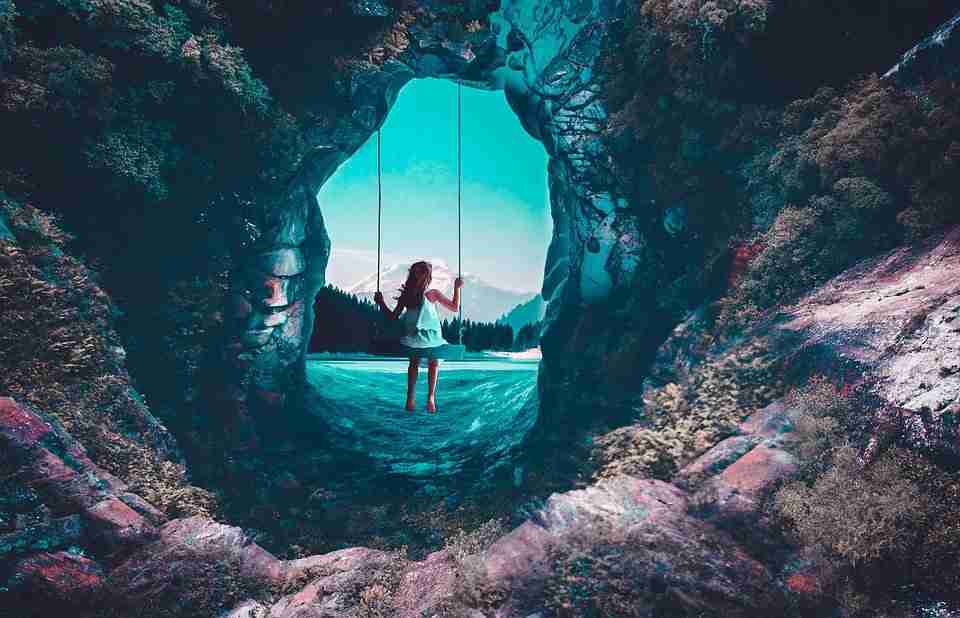 An image editor is a software program for editing images, such as adding effects, cropping, or resizing them. In general, the goal of image editors is to make it as easy as possible to capture, edit/alter, and then output images. An image editor can be classified according to the type of computer it runs on, whether it supports multiple platforms or simply one. For example, some image editors can be run inside a web browser using a plugin such as Flash or Java.

Image editors can be digital and analog. Digital image editing is now most commonly applied using raster graphics editors, although vector images systems are also available. Non-digital photographic techniques are usually referred to as darkroom work. However, no matter what the basic image editing tool is, digital or analog, the features described below are always included in one form or another.

The use of “color profiles” that embed color space information within a graphic file enables displaying or printing colors that comply with a specific gamut. Color manipulation can be achieved by manipulating RGB channels in various ways, including moving the position of an image in color space landmarks such as “red,” “green,” and “blue.” For example, tone mapping is used to stretch one or two color components (such as red) to contain the same amount of light as other components, thus preserving luminosity.

It is possible to increase or decrease the size of an image in one or two dimensions by resampling the grid with different spacing between pixel centers. For example, this can be used to make images appear sharper on-screen than they really are.

This is performed by rotating the coordinates of pixels and resampling them into a new grid with space for more rows and columns, then assigning pixel values at the new positions as appropriate. For example, rotating an image 180 degrees about its vertical axis is usually called flipping the image. 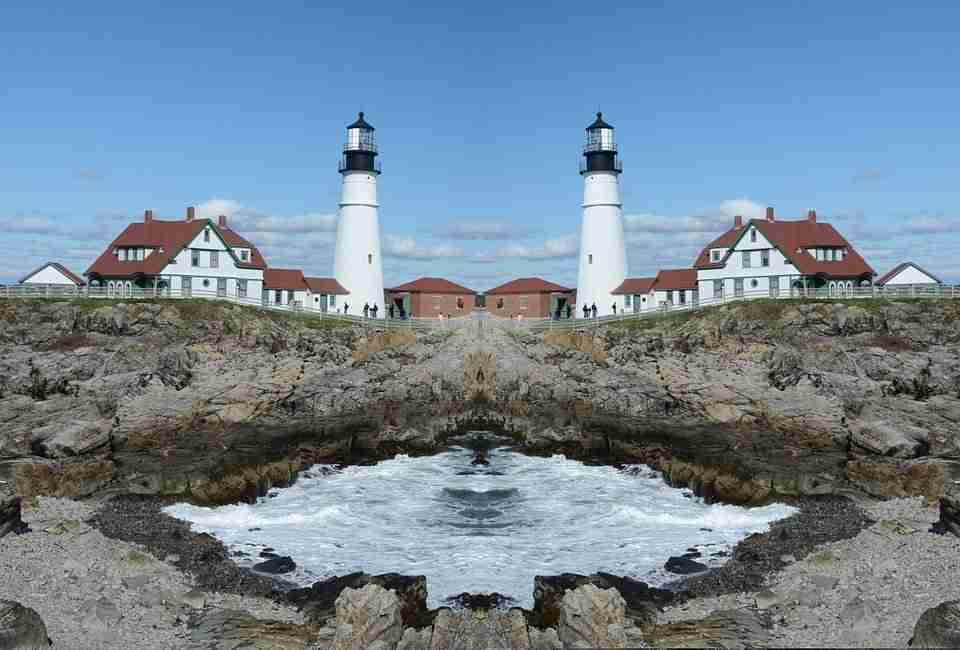 Also called flipping or tiling an image. The same technique can be used for other shapes, such as triangles. For example, many image scanning devices produce images that have already been automatically mirrored left-to-right. Thus photographers must manually rotate the scanned result before sending it electronically to photo editors.

This is used to adjust the “color temperature” of an image by modifying channel values so that a target color becomes lighter or darker to make the viewing environment appear more like daytime or nighttime. In most cases, this means darkening it slightly (~10%) to compensate for the yellowish tint of incandescent lighting.

With the advancement in the world of photography, anyone can add different effects to images. 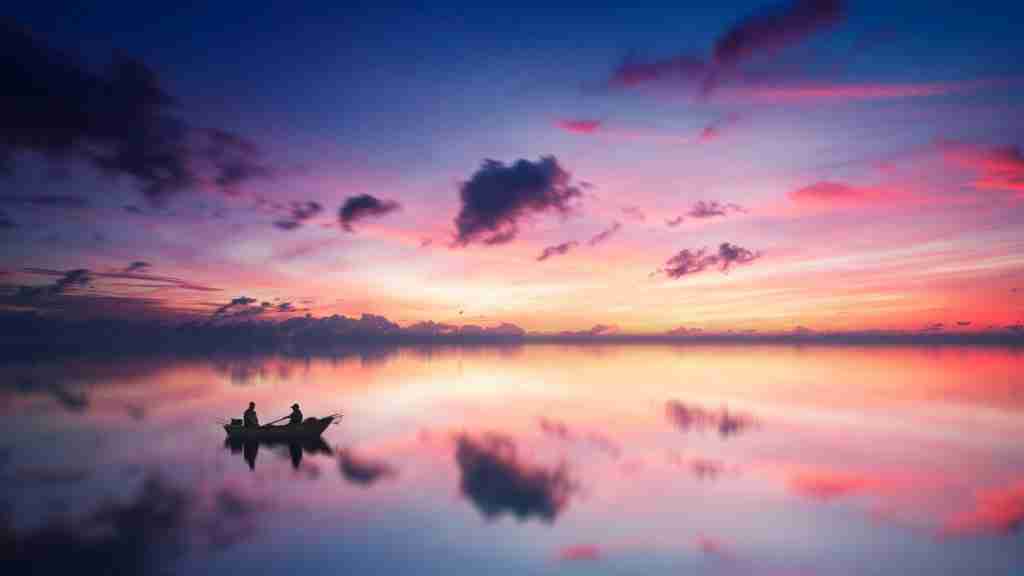 This is used to manually add an effect such as “diffuse glow” or “glow edges” by modifying channel values or a combination of channels with multiplicative operators. For example, if a green background appears to be glowing, the glow can be made more noticeable by increasing the brightness of the blue channel.

This is similar to adding an effect with channel modes, but it allows greater flexibility because each pixel can have its own unique set of effects. For example, if a green background appears to be glowing, the glow can be made more noticeable by drawing an ellipse in an appropriate color (usually blue) over the area where a highlight would occur.

This is similar to adding effects with raster graphics editors. For example, if a scene consists of clouds in front of a blue sky, then if the clouds were rendered with ambient occlusion and the sky was rendered with bright highlights, both effects can be combined into a single image. 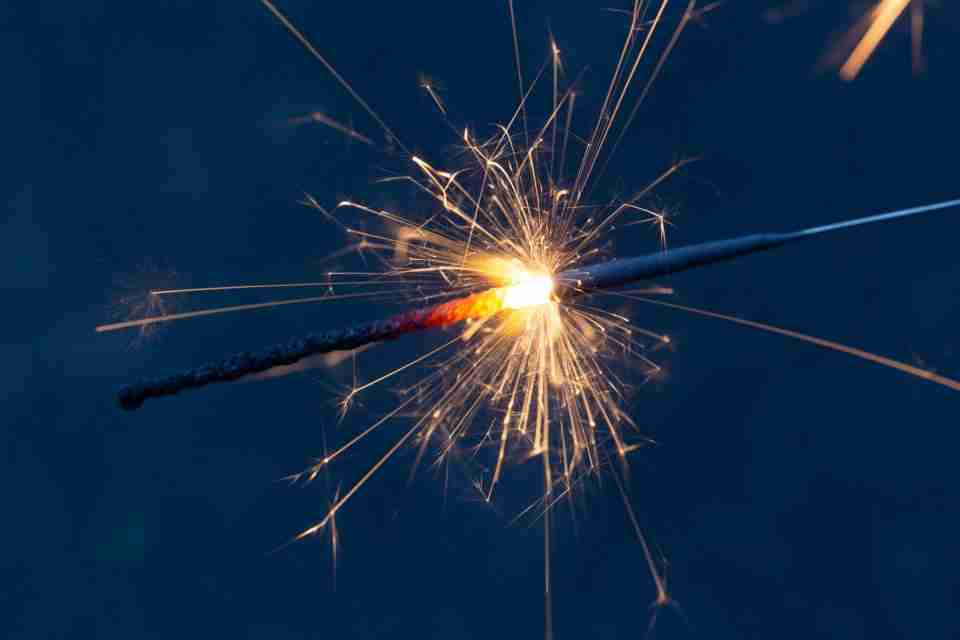 This allows an image to be converted from one color space to another to achieve more pleasing or realistic results. The most common color spaces are RGB and YCbCr, but HSV is also used for photographs.

This is similar to surgery on a grayscale image, where the shape of an object can be preserved while detail is removed from regions that are not visible. For example, this can simplify a map by removing an unsightly patch of fog or haze.

10. Removing the Background from a Photograph

This is used for creating panoramas of scenes that were captured with a narrow field of view. The technique generally involves using image editing software to combine several frames by blending them, then computing the absolute difference between each pixel and an appropriate reference frame. Once this difference has been computed, the regions outside the reference frame will be visible as plain white. This can then be used to automatically delete the background from each image by inverting this difference and storing it as a mask applied to each photograph before merging with other images in the panorama. 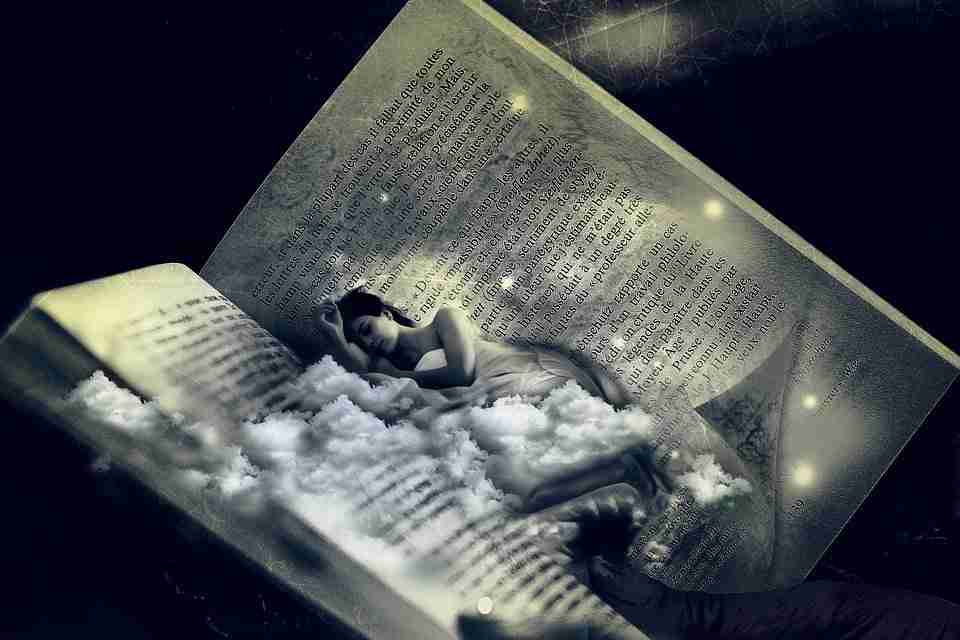 This refers to combining multiple images into a single image. It is similar to creating an optical illusion in the same sense that two flat pictures can be combined to create a three-dimensional scene—but it is done by using multiple photographs instead of painting with perspective.

This refers to separating individual sections of an image based on some distinguishing characteristic, which is often something that occurs in real life (like snowflakes) or is the result of image processing (like a halftone dot). Advanced versions of this process can be used to separate small details that are not readily visible. Most commonly, the distinguishing characteristic is their color, and a high-pass filter is applied to remove everything else, leaving the snowflakes or halftone dots. In other cases, more complex methods are required.

This refers to removing random noise from an image due to digital artifacts or high ISO settings on a camera. The result is a higher-quality result with fewer artifacts.

This refers to reducing the sharpness of an image. In some cases, this is done manually and can produce a pleasing effect. However, it can also obscure specific details, which could also be considered a type of censorship that might not otherwise be available with raster images. For example, this can avoid copyright issues by blurring text or logos that appear in the image. 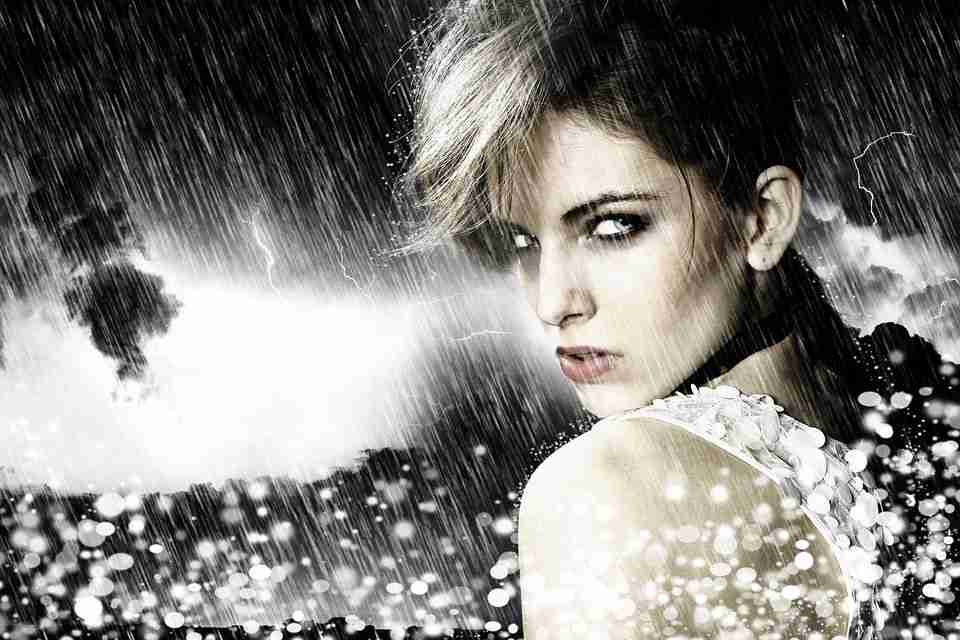 This refers to adding something unusual that does not occur naturally in the real world, such as wavy lines caused by heat distortion or a kaleidoscopic pattern from an imaging artifact called moiré. While these are technically created by image editing software, they would not occur without using this process.

This refers to changing the visual appearance of an image to make it appear more or less realistic—usually as an artistic choice instead of a quality improvement. For example, this can be used to make an image appear grainy or low-resolution to mimic the aesthetic qualities of early photography.

This refers to a process that improves the overall quality of a color photograph by reducing uneven color distribution caused by human and environmental factors (such as exposure accuracy). It is sometimes referred to as color balancing or white balancing.

18. Text on a Photograph

This refers to adding text to an image, usually to make it more legible than when printed. In some cases, this is done by writing directly onto a physical print using a marker pen and then scanning it—but this process is difficult to do accurately and typically produces results of poor quality. The alternative is to add the text as a separate layer underneath the photograph so that when the image is edited or re-sized, the text will not be distorted. 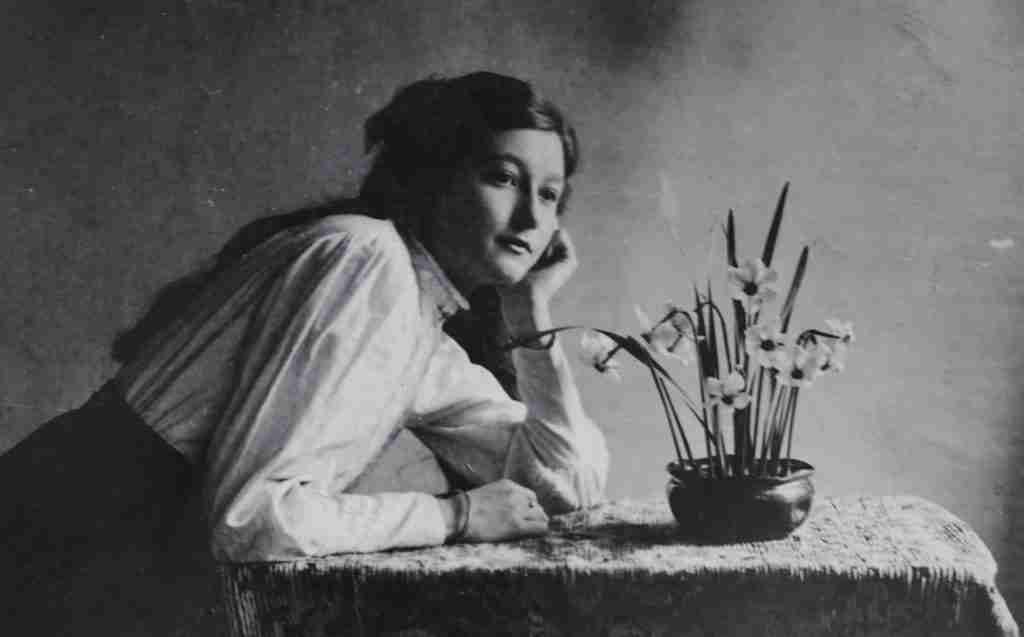 This refers to removing flaws from an existing photograph, such as stains, tears, or discoloration. The aim is to restore the photo to the way it would have looked when it was taken. This process is also known as retouching since specific improvements are made (such a removing a tear) rather than performing general tasks like rotating and resizing (considered correction or enhancement).

This refers to adjusting the photograph’s brightness to make it more colorful by increasing the overall contrast (contrast is the difference in color intensity between adjacent pixels), which can produce an effect called “saturated” since it makes each pixel appear bright and vivid. In general, this is a well-intentioned attempt to improve the appearance of an image.

This refers to applying a Gaussian blur effect that darkens the edges of an image and causes it to fade towards the center to focus attention on what appears in the center, which can help direct the viewer’s attention to a particular subject or highlight an item of interest. This effect is sometimes used as a special effect to create a dreamy scene or emphasize something that does not fill the entire image area.

This refers to manipulating an image to enhance its emotional impact, such as increasing saturation to make colors look more vivid and cleaner. 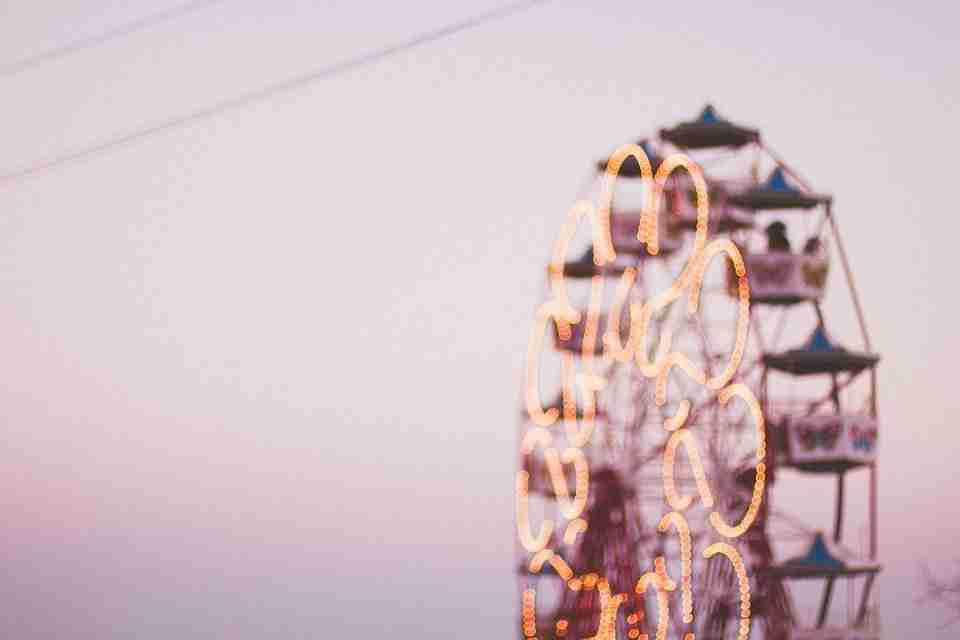 This refers to applying a Gaussian blur filter that starts from a center point and expands outwards. The effect is similar to looking through the wrong end of a telescope. One way to visualize this is to imagine laying a sheet on top of an image and then pushing it outwards from the center at varying intensities. The further away from the center point you get, the stronger the effect becomes until eventually all details are lost.

24. Ghosting/Observing Multiple Images at Once

This refers to layering two or more images and then processing them together. It is an extension of the Radial blur effect. One way to visualize this is to imagine layering 3 or more sheets on top of one another and then pushing them outwards from the center at varying intensities.

This refers to a slight rotation of uniformly sized sections around the center point of an image, where each section is subsequently scaled down in size. This produces a more complex, flower-like radial blur effect when applied to photos.

We have gone over some of the most popular image editing features and how it affects the original image. Image editing is important for any business website, as it helps your photos stand out on social media platforms like Facebook or Instagram. The best way to decide what features to use is to keep the subject of your photo in mind and then apply a feature that will enhance that. For example, if you captured an image of a flower garden, adding a radial blur effect would make it appear dreamy. Similarly, if you were taking a selfie in harsh lighting conditions with dark shadows, adjusting the brightness and contrast to make your face pop would be ideal.

Disclaimer: The article is not a guide for professional use or detailed information about image editing, nor does it get into software-specifics or offer instructions on how to use specific programs. We are providing general knowledge that can help you create better images using different features.

Photo Editing Software: What to Consider Before Buying One?