The History of Search Engines

Can you believe it? The search engines have come a long way, and it’s even older than most of its users! Yes, the search engine has become a massive part of the world. Thanks to these extraordinary discoveries and creations, we can freely enjoy searching and finding the things we need to encounter without hassle and delay.

Search engines play a vital role in the lives of many users and professionals. We might not realize it instantly, but all transactions that either end up in purchase, subscription, restaurant search, or stock of knowledge began with a simple search.

Almost all answers to our inquiries are just a few web searches away.

Why Do People Search? 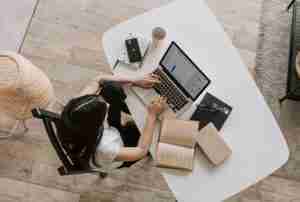 In the older day, searching is a means used by people to find documents that they need using the words they type in. However, we no longer do that nowadays.

Almost all people have access to search engines, and searching has accomplished more. From solving problems, cooking recipes, a lyric to a song you just heard, an image of a sunset, and task accomplishment, the search engine has evolved in the most advantageous ways.

It’s often called a consumer-journey when a user starts to search. From the moment a consumer searches, their journey would begin until they finish a purchase (this is specific for searchers who buy products or hire services).

But where did it start?

Why don’t we take a trip down memory lane to see the history of search engines and understand how they shaped our world and the future.

The Beginning – The Birth of the Search Engine

To make our journey to the past easier, let us make a simple timeline from when it all started.

1990 – Archie was the first search engine used in the early 90s. Though it has limited space and listings for each site, Archie was used to searching FTP sites to crawl through an index of downloadable places. 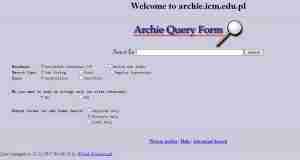 1991 – WWW creator Tim Berners-Lee set the Virtual Library. At the beginning of the Internet days, the CERN webserver hosted its library.

1992-1993 – Veronica and Jughead were created, mainly used to search file names and titles.

1994 – Yahoo! Search was created by David Filo and Jerry Yang. It was a collection of web pages and included a URL with the human-made description. Commercial sites were expected to pay $300 per year for added informational sites.

The Dawn of Search Engines

1996 – AskJeeves/Ask.com was the first search engine launched where human editors attempt to match and respond to search queries. The site became an easy target of spamming.

1997 – AOL NetFind (now AOL Search) since its rebranding in 1999. Other created search engines were:

The Creation of Largest Search Engine

Overture (formerly named Goto.com) was also launched in 1998, and it was the first user of a successful PPC model.

1999 – AOL became partners with Google, and Sequoia Capital invested in Google alongside others.

2002 – Yahoo! once again starter working on their search engine and began to acquire other search directories.

2005 – The owner of Overture, Bill Gross, launched Snap. But the search engine was proven to be too complicated.

2014 – Yahoo! signed a deal with Mozilla and became the default search engine for Mozilla Firefox in the US.

2015 – Bing released its mobile-friendly algorithm. Other updates in Google included:

Search Engine is Getting Old!

But what we experience right now is different from the old ways of search engines back then. The changing algorithms made it even easier for us to use Google and another known search engine without reservations and limits.

What is SEO Services?